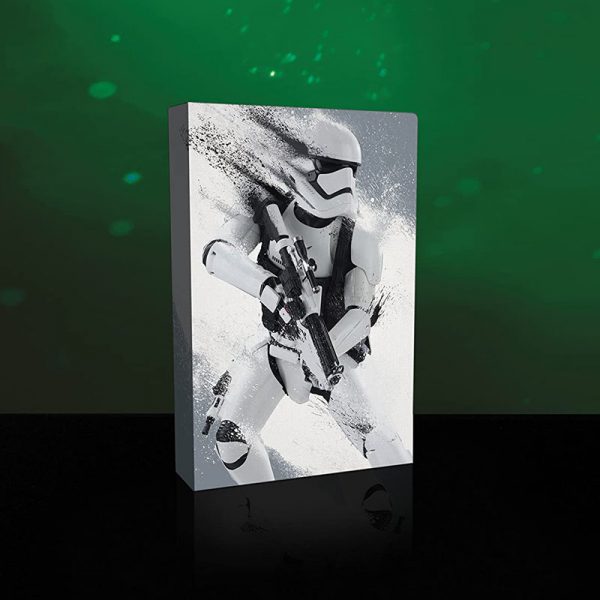 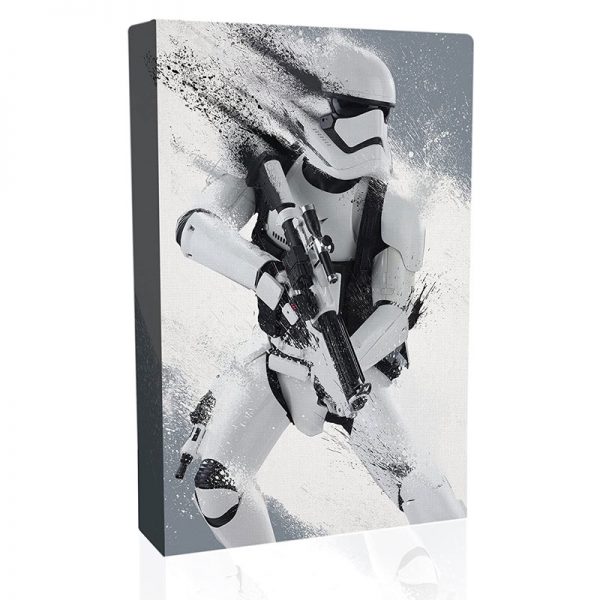 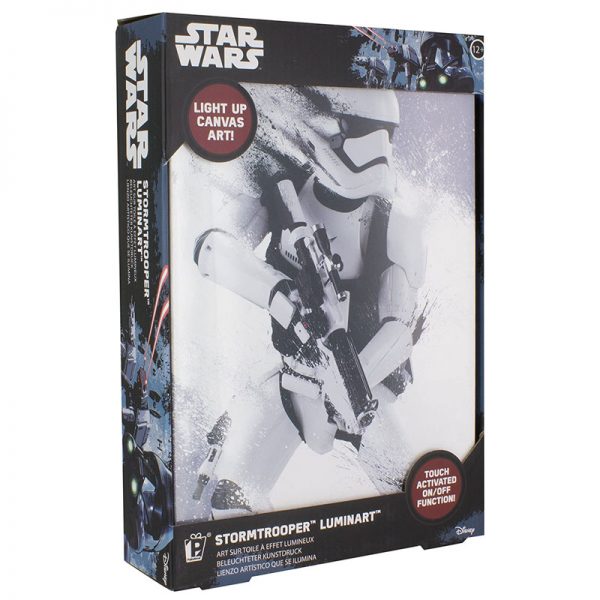 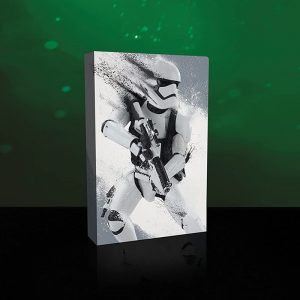 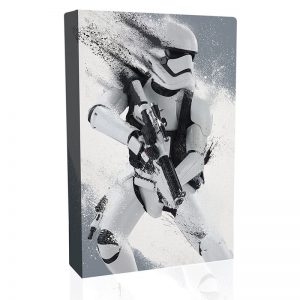 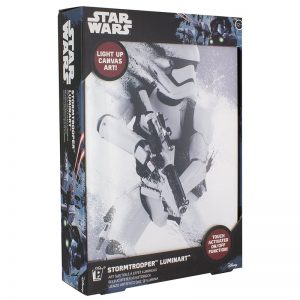 Dual powered by either USB or battery, this iconic Star Wars themed artwork is a must have piece of collectable fan memorabilia. Measuring 20cm x 30cm (approx. 8x12in) the light-up canvas can be free-standing or wall-mounted depending on preference, and comes with a USB cable included. Alternatively, the light can be powered by 3 x AAA batteries (not included).

After battling Luke Skywalker, Han Solo, and Princess Leia, not to mention Jedi Masters Obi-Wan Kenobi and Yoda, plus being blown up on the Death Star, this humble foot soldier has certainly earned its place in history, as well as pride of place on any Star Wars fan’s wall.

Star Wars became a global phenomenon after its cinema release in 1977, and the Imperial Stormtrooper is now an instantly recognisable cultural icon. Doing the leg work for the Galactic Empire under the leadership of Emperor Palpatine and Darth Vader, the Stormtrooper is a retro hero for fans worldwide, making this a perfect piece of fan memorabilia.

The Stormtrooper Luminart is an officially licensed Star Wars product.