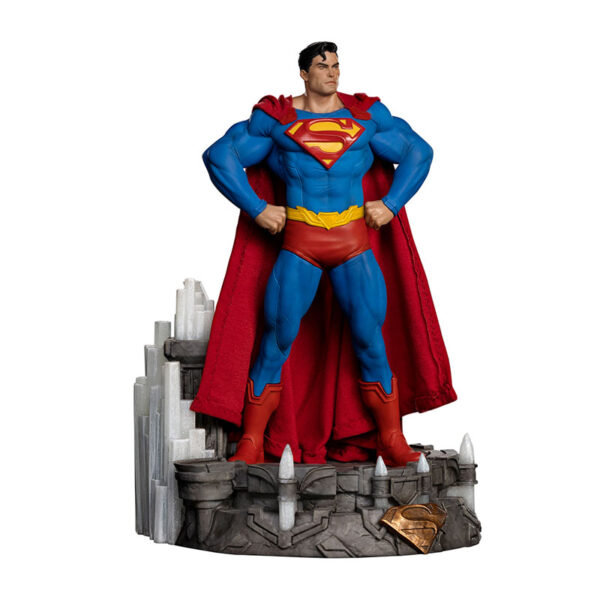 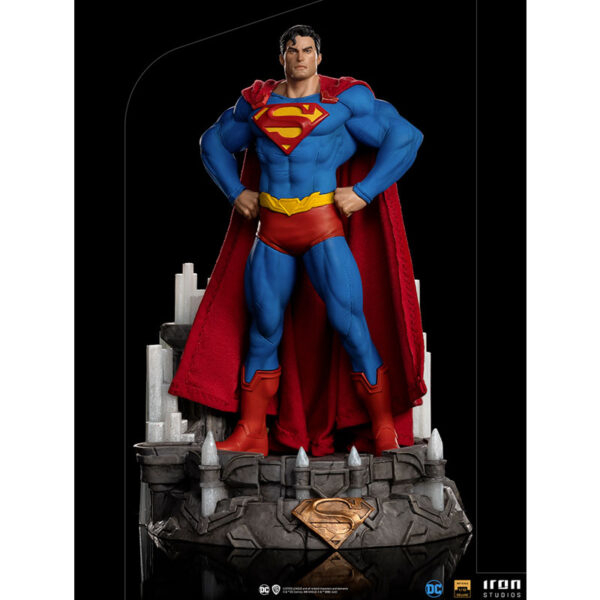 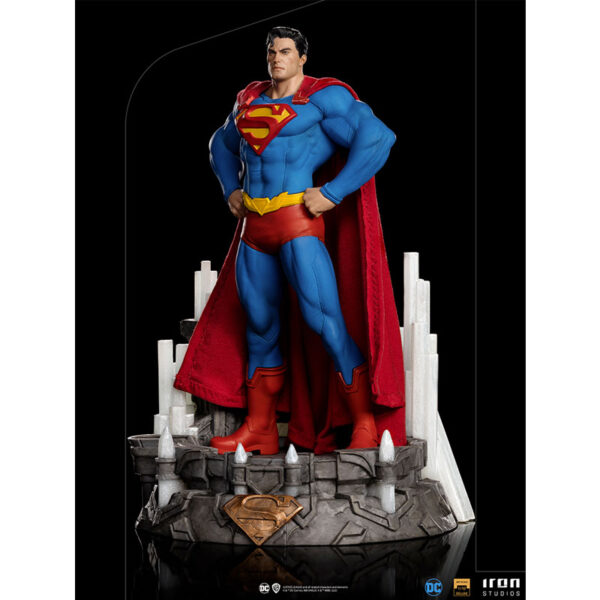 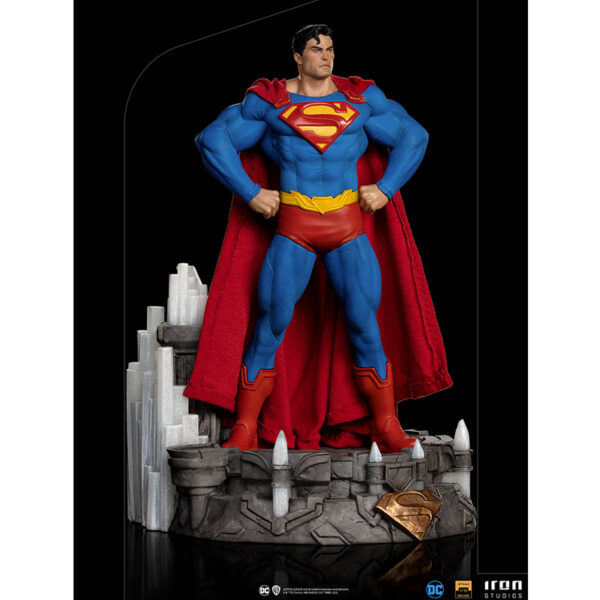 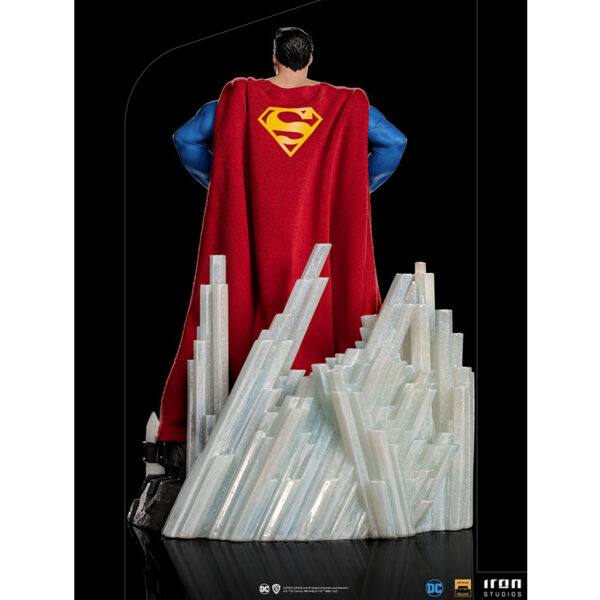 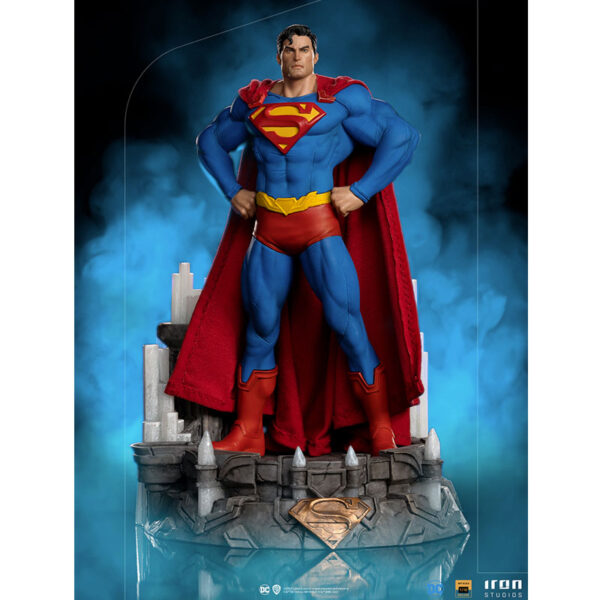 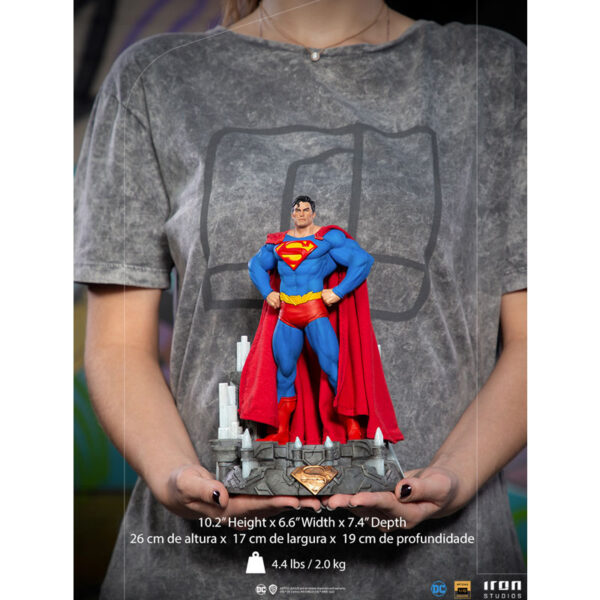 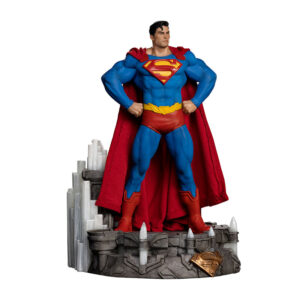 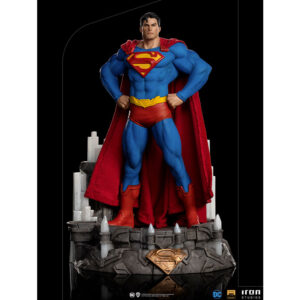 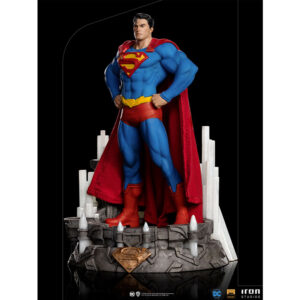 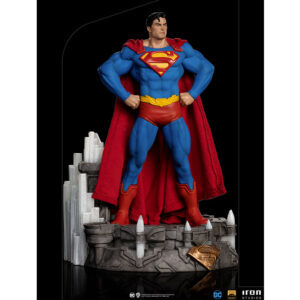 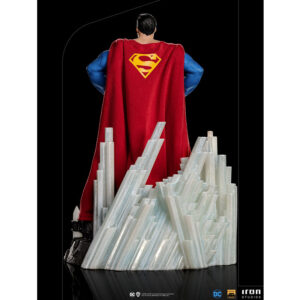 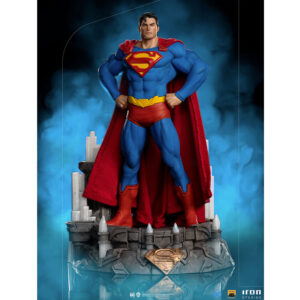 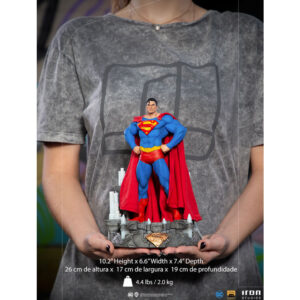 Created with extreme attention and care, with rightness and precision down to the last detail so that it will stand out in your collection, in his classic heroic pose with the clenched fists on his waist, Iron Studios bring the statue “Superman Unleashed Deluxe – DC Comics – Art Scale 1/10”, presenting the Man of Steel with his classic suit reimagined by Iron Studios filled with realistic details in his texture, in the needlework’s sections, in his golden belt, his red boots, in his cape made with fabric and much more. Standing on a pedestal that brings elements that reminds us of the Fortress of Solitude and his Kryptonian origins, this is the first statue of a DC Comics icon in the new high-quality line called Unleashed Deluxe Art Scale by Iron Studios, which brings the 1/10 scale to a new standard of excellence, never-seen-before in statues on this proportion.

Chosen by the audience in a survey, as the first DC character on this line, Superman Unleashed Deluxe brings the Man of Steel in a modern format, but in perfect balance with his classic visual aspect. Created in 1938 by Joe Shuster and Jerry Siegel, Superman is considered by many the first superhero. Kal-El, his original name, is one of the last survivors of the extinct planet Krypton, sent away when he was still a baby by his biological father, a renowned scientist. On Earth, he was found by a couple of farmers that raised him in an exemplary way, and as an adult, he took as a disguise the identity of the journalist Clark Kent, an activity that allows him to stay well-informed of all events so that he can use his powers to protect the humanity by himself, and by his Justice League allies’ side.

Revealed firsthand in the virtual event Inside Iron Studios: Second Edition, at Iron Studios’ YouTube channel, in this release, Iron Studios add fans’ and collectors’ desire in the character’s choice with the evolution in the creation and development on the 1/10 scale. Be sure to get this statue that does justice to the Deluxe on its name, already available for Pre-Order.