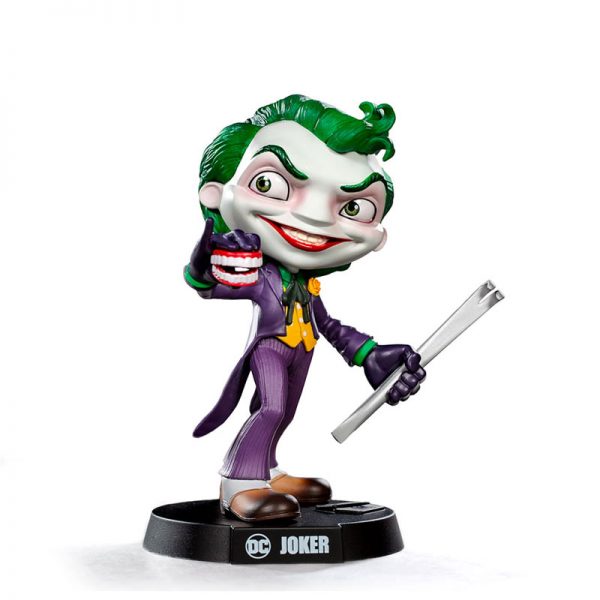 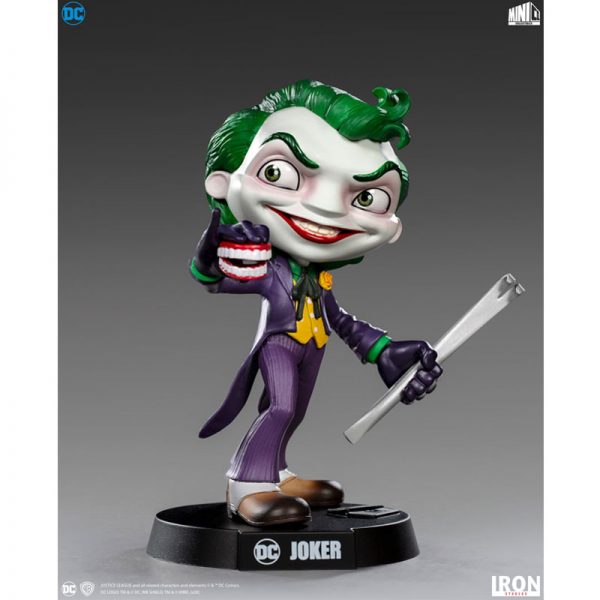 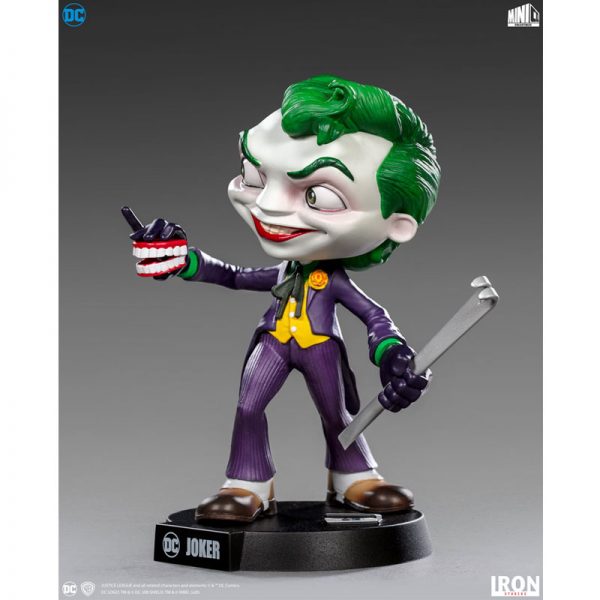 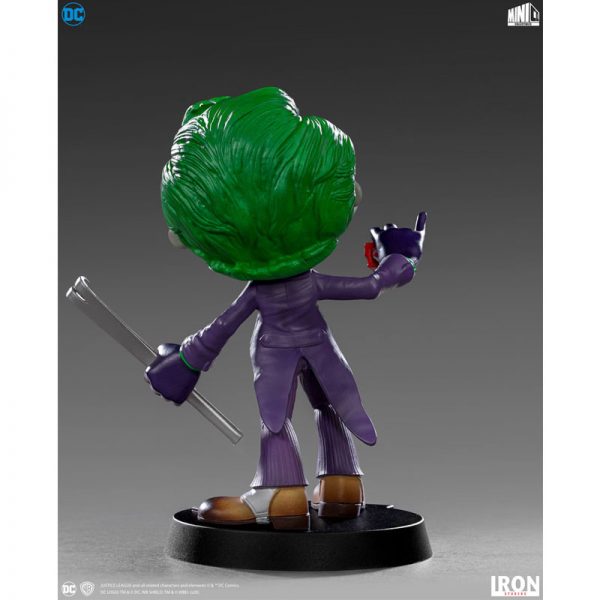 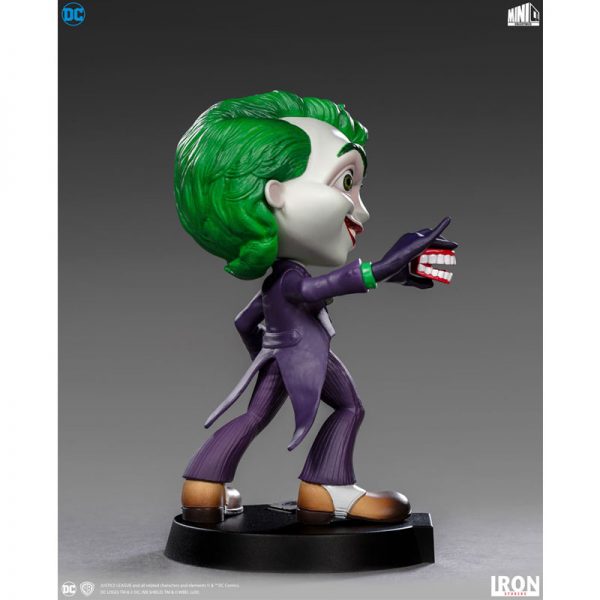 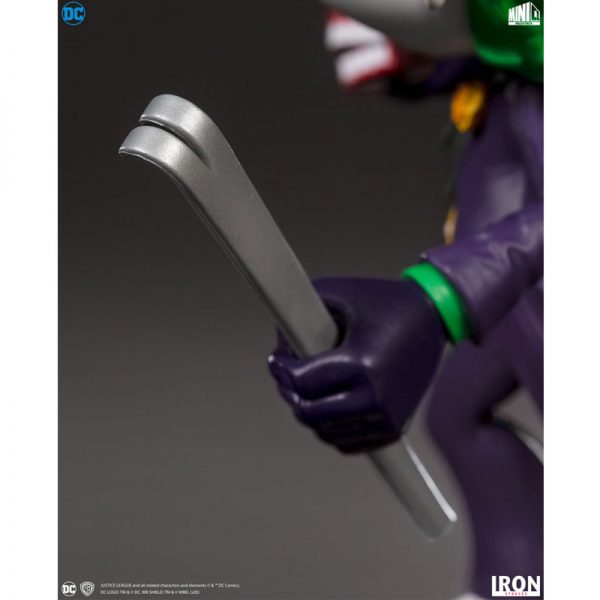 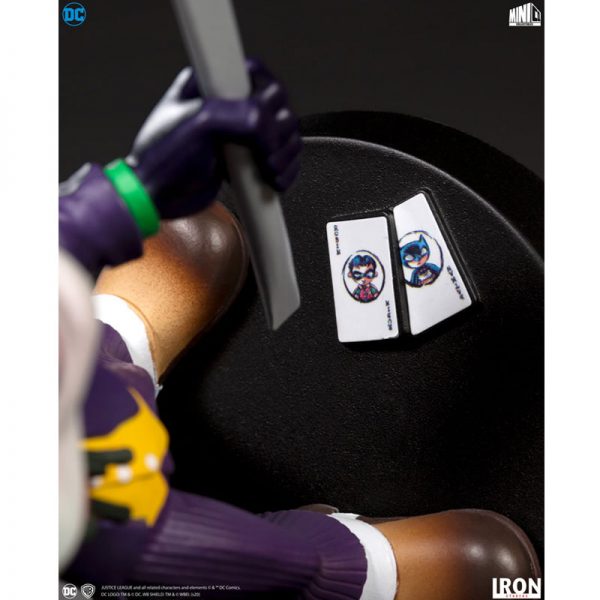 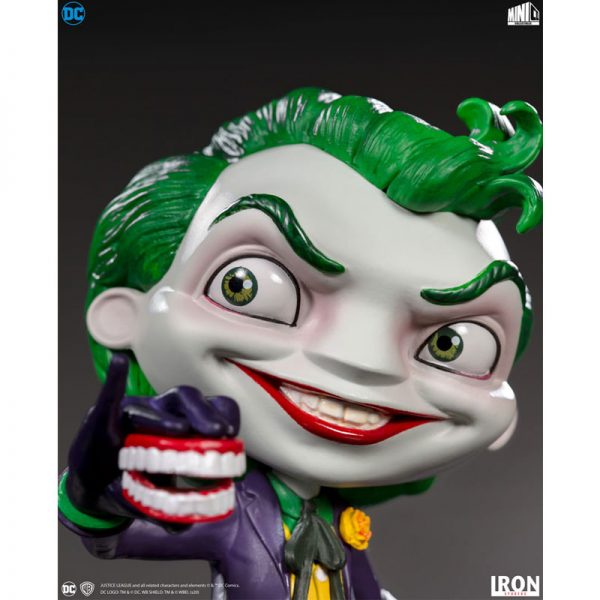 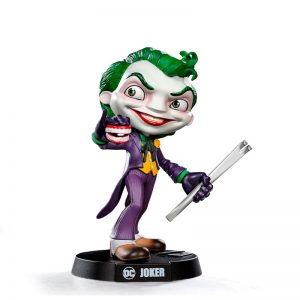 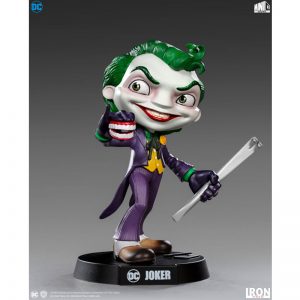 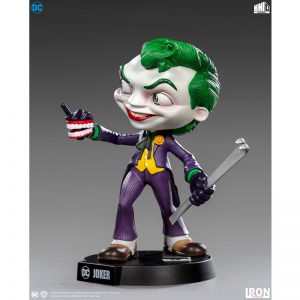 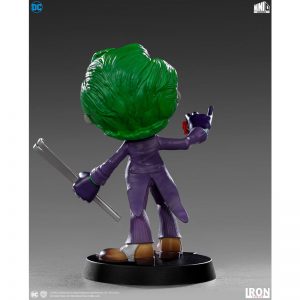 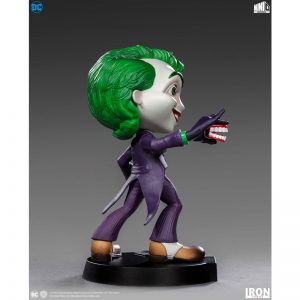 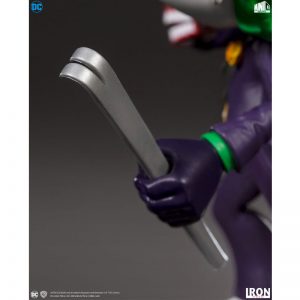 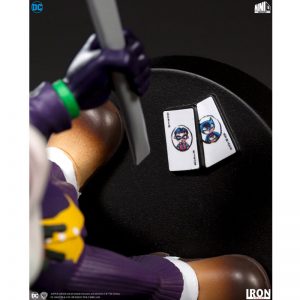 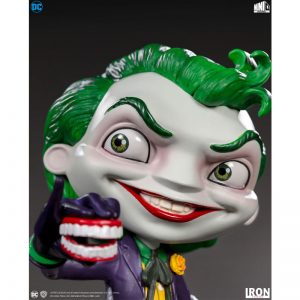 Ha ha ha ha! No one will be able to hold the laugh in his presence, not even in his mini version. The Joker Minico has arrived!

With a Crowbar in one hand, referring to the 1988 ”Batman: A Death in the Family” HQ, notable for showing one of the strongest scenes starring Batman’s greatest arch-enemy, and an explosive denture in another, Iron Studios presents the classic stylized Joker in its Mini Co Toy Art line, with comic book design on a base with its logo and two playing cards at its feet, illustrated with the dynamic duo Batman & Robin in the Mini Co style Joker is one of the biggest villains in comics, called the ”Sinister Clown of Crime”, was created by Bill Finger, Bob Kane and Jerry Robinson inspired by actor Conrad Veidt in the 1928 film ”The Man Who Laughs” and a letter from deck.